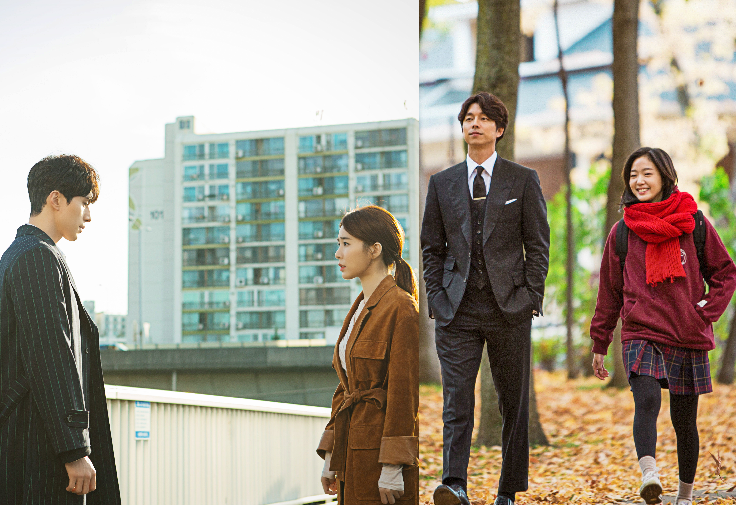 It’s been 2 years since I last watched a Korean drama, but Goblin was a beautiful, roller-coaster of a reintroduction to the K-drama world. It wasn’t a perfect drama, but it was pretty close to it, with all the laughs, tears (SO many tears!), bittersweetness, and love that I could want from a drama.

For those who don’t know, Goblin is a modern-fantasy type rom-com featuring Gong Yoo as Kim Shin, a goblin cursed with immortality for the lives he took during his life, and Kim Go Eun as Ji Eun Tak, the Goblin’s Bride, a girl whose fate is to remove the goblin’s sword from his chest and grant him reprieve from immortality. But the story, of course, is a lot less simple than that. Eun Tak wasn’t supposed to be born, but the goblin whimsically decided to save her mother after she was hit by a car, and thus Eun Tak was born with the ability to see ghosts. At age 9, her mother passed away, and a greedy aunt took custody of Eun Tak. She grew up very much a Cinderella in the household, mistreated and kept around just because her aunt wanted her mother’s insurance money. Kim Shin, on the other hand, has a complicated backstory that we don’t fully learn about until halfway through the show. All we know is that he was a Goryeo general who was charged with treason and executed by the young king Wang Yeo, who was heavily influenced by his slimy adviser Park Joong Heon, and was married to Kim Shin’s sister, Kim Sun, who also died in the massacre that led up to Kim Shin’s execution.

But the story in Goblin isn’t just about Goblin and Eun Tak–it’s also very much about our second leads, the Grim Reaper (Lee Dong Wook) and Sunny (Yoo In Na). Sunny is Eun Tak’s boss, the owner of a chicken BBQ shop that Eun Tak works at, and the Grim Reaper is the Goblin’s roommate. On a coincidental meeting between Reaper and Sunny, Reaper immediately starts crying for reasons unknown to him, and sparks fly between the two. We also get some great side characters in Yoo Duk Hwa (Yook Sung Jae), the young heir of the family that has been serving the Goblin for generations, Secretary Kim (Jo Woo Jin), a secretary who works for the Yoo family’s company and has some killer K-pop dance moves, and Samshin Halmoni (Lee El), Eun Tak’s goddess fairy godmother. And because Reaper and Goblin deal in life and death, we also get some heartwarming vignettes of our main characters intervening in the lives of minor, nameless side characters that make you think about meaning of life and the nature of death.

I thought Goblin did a lot of things really well, primarily in terms of story-telling, plotting, and pacing. I never got bored with the plot, and it never got draggy or extended conflicts beyond their expiration date. I was pretty confused a lot of the time, especially in the beginning when we were given no explanations for why things were happening, but the drama eventually explains itself, for the most part. The writing was great, with a healthy dose of meta (in one scene, Sunny describes Goblin and tries to get a fortune teller to identify him, and the fortune teller responds, “Gong Yoo?”), golden dialogue, and lots of humor to balance the tearjerker moments.

What I really loved was the way the romance and story were structured. We don’t have your typical love interest/love rival set up here. Instead, we get two full sets of couples to root for and cry for. Because it’s a fantasy drama, the conflicts they run into are greater than a petty ex or jealous rival. We don’t even have real villains–maybe there is one, but the real conflicts come from circumstance, fate, and choice. Because it’s a fantasy drama, there’s kind of a cop-out explanation for accidents and near-death experiences that populate every drama, but here we can attribute it to hand-wavey “fate” and the whimsical nature of the gods rather than “oh this would never happen in real life but this is drama-land.” The fantasy genre also means that it’s more removed from the real world, so I’m more okay when the craziness gets crazy because hey, it’s not real. And for all the fantasy and magic and tears that I shed, I felt like the drama wasn’t overly melodramatic.

Goblin and Eun Tak have a relatively healthy, supportive relationship by drama standards, and surprisingly enough their relationship and conflicts (for the most part) are not a “typical” drama relationship. In fact, I would say the couple with the most “typical” drama relationship–as in full of tropes, identity secrets, etc.–would be Reaper and Goblin. They dislike each other at first, but end up forced to live together, have to deal with identity secrets, and manage to make it through with a beautiful bromance.

But my favorite relationship in the drama is the Reaper/Sunny relationship (and not just because I’m a huge fan of Yoo In Na!) Sunny really takes the lead in the relationship, which is not the boy-chase-girl you usually see, and their interactions are so adorably awkward at first. But later on, as we learn more about their history, it also becomes a bittersweet, star-crossed relationship, and I really respect the difficult decisions that Sunny makes.

I really loved our female characters Eun Tak and Sunny. Both of them are strong by drama standards, and unwilling to let the world get them down despite the situations they find themselves in. Both of them essentially change their fates through sheer force of human will, screwing up the plans that the gods (or whatever higher power) had in store for the world. I liked how much the drama explored the idea of fate vs. choice, as well as the purpose of life and death. The drama even touched upon the subject of mental health very briefly, and a lot was implied and not explicitly stated, but I still appreciated that.

What I didn’t like about the drama was more in some of the directorial choices. The product placement was heavy, and I could’ve done without seeing the same, full flashbacks multiple times in a row in every episode. The episodes were long, and sometimes they felt long because of the flashbacks that I had already memorized by heart or the excessive slow-motion scenes, or the cuts between shots of the same scene from five different angles. It was in those moments that the drama felt really slow, and while some of the shots were very pretty and slow and pensive in a good way, for the most part they made me zone out for a moment.

The ending really killed me in terms of tears, and though my heart broke at multiple moments, it was a near-perfect ending for the drama. The characters all stayed true to themselves, and it was such a fitting end for everything that they had gone through.

Goblin is an emotional roller-coaster of a drama that was worth the three days I spent marathoning it. It was heartwarming and heartbreaking with a cast full of likable characters whose stories will stick with you long after you’ve finished watching. 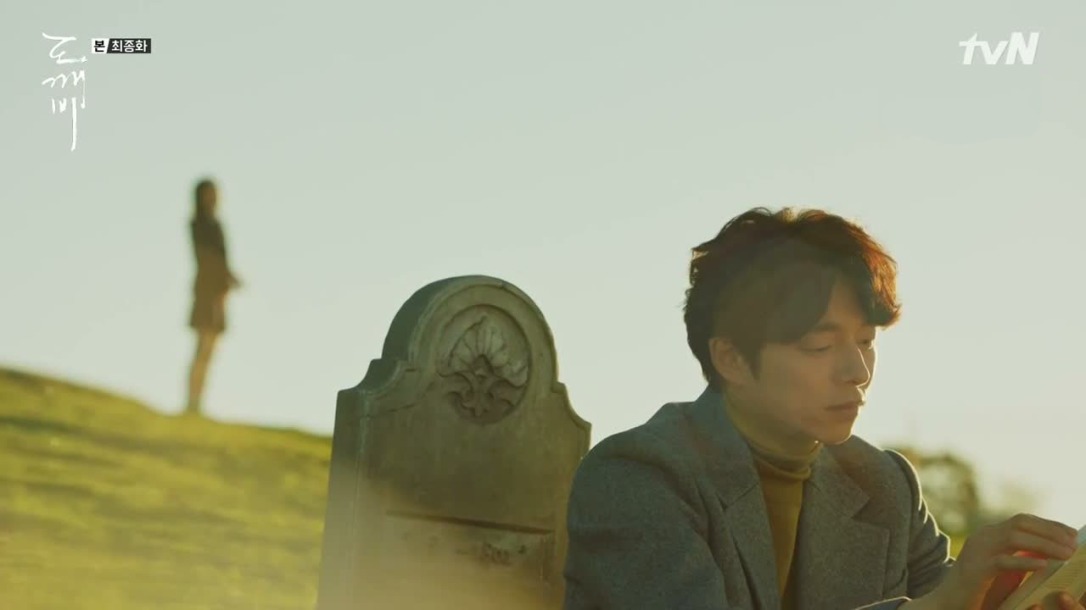