As the gaokao approaches, the pressure is on to perform well from parents and teachers. All distractions are off-limits, which doesn’t bode well for the students’ activist efforts and relationships.

He Luo and Zhang Yuan get their friends and classmates to set up a donation tent to support the Sichuan earthquake. It’s well-received by the public, but they incur the wrath of Director Qiu, who tells them what they’re doing is illegal and that they need to be studying for the gaokao, not frolicking around on useless things. He blames He Luo for starting the whole thing and for being a bad influence on Zhang Yuan. Zhang Yuan tries to take responsibility, but Director Qiu doesn’t want to hear it. He tells He Luo that he will see her mother about this. 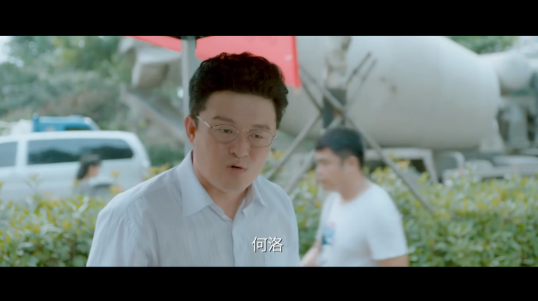 The friends worry about how to get the supplies to the affected areas. Chang Feng says he can ask his dad for help.

Unfortunately, Chang Feng’s father refuses, saying that his company is in the business of making money, not charity. Chang Feng calls him a shark. His father slaps him and Chang Feng leaves.

He goes to Yun Wei’s place, where she is checking her grandmother’s blood pressure. It’s a bit high. Chang Feng asks Yun Wei if he can stay there temporarily and she agrees. Her grandmother greets him warmly and insists that Yun Wei feed him some dumplings.

Chang Feng says that the dumplings are way better than what you can find on the street. Yun Wei says that she doesn’t eat out very often so she wouldn’t know. He tells her that she’s lucky for not having to eat out all the time. He wishes he could have home-cooked meals more often.

At night, Chang Feng takes the couch while Yun Wei sleeps on her usual cot in the living room. Her grandmother sleeps on the bed through an open doorway in the second room of their tiny apartment. They whisper, trying not to wake up her grandma. Chang Feng says that Yun Wei’s place is so great, much better than his own house.

The next day, Director Qiu catches He Luo napping in class while they review physics problems. He calls her up to solve the problem on the board. Yun Wei whispers that even she doesn’t know how to solve this problem. To everyone’s surprise, He Luo solves it easily. Zhang Yuan starts the whole class in a round of applause and gives her a high five under the desk. 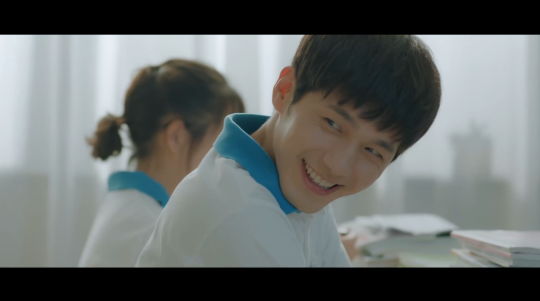 He Luo’s mother goes in to meet with Director Qiu and takes offense when he calls He Luo distracting and says that He Luo should stay at home. He thinks that she’s a bad influence on truly great students like Zhang Yuan. He Luo’s mom finds it hypocritical that he wants her to keep He Luo at home when her grades are bad, but also when her grades are good. Shouldn’t the school have some sort of responsibility? She requests that the school keep Zhang Yuan away from He Luo. He’s the one distracting her.

Chang Feng, Yun Wei, and friends fret at the donation tent, worrying about how to transport their donations to the affected areas. But then Chang Feng’s father shows up and says that he’ll have a car deliver the goods. He apologizes to Chang Feng for his harsh words the day before, saying that he was just worried that Chang Feng was getting distracted from his studies. Chang Feng also apologizes for his words and the two make amends.

Teacher Lin calls Zhang Yuan into her office to inform him that he’s being pulled up into Class 1. It’s for his own good, and also because He Luo’s mother had requested that he and He Luo be separated.

As he walks dejectedly back to his classroom to collect his things, Qing Yin approaches him in the hallway with a letter. She offers it to him, but he rejects her, saying that it’s safer for both of them if he doesn’t open that letter and let its words become reality. 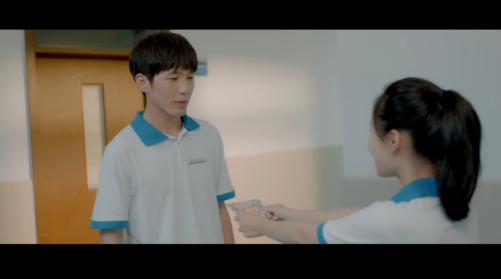 In the classroom, Zhang Yuan looks at the napping He Luo, then silently starts packing his things. Yun Wei asks what he’s doing, which wakes He Luo up. He says that he’s going to Class 1. Everyone watches sadly as he leaves. Once he’s gone, Teacher Lin apologizes to the class for not giving them better direction as a teacher, taking responsibility for Director Qiu admonishing them for the donation tent. She reveals that Director Qiu is more worried than anyone about the Sichuan situation — his daughter goes to school in Sichuan — but he was professional enough to put the students’ education first. An alarm goes off and everyone stands for a moment of silence.

That night, He Luo is studying when her mother comes in with her father on the phone. He tells her to focus on the upcoming gaokao and not worry so much about the earthquake situation. After he hangs up, He Luo’s mother praises her on her improved grades and dedication to studying, but starts giving her a long-winded lecture, essentially telling her how she can’t get distracted by “certain things” (like boys). He Luo starts drifting off. Her mother catches her, but they’re interrupted when He Luo’s phone starts ringing: it’s Zhang Yuan.

He Luo’s mother confiscates the phone and He Luo’s mangas, saying that she’ll hold them for safekeeping until after the gaokao. She turns off the phone once she leaves the room.

He Luo gets up in the middle of the night, unable to sleep. She sneaks into the living room and tries to call Zhang Yuan on the landline, but then realizes it’s disconnected. Meanwhile, Zhang Yuan has biked to He Luo’s house and repeatedly tries calling her on his cell phone. He finally gives up and starts throwing rocks at her window. He Luo notices and opens the window. They can’t talk without waking up her mother so He Luo gets out some paper and a marker. Zhang Yuan bikes away and returns with a flashlight and paper cut-out, projecting the words “see you after the gaokao” onto the wall.

He Luo responds with “let’s plan on Hua Qing!”

He Luo spends all her time studying and is the last one out of the classroom at night. It pays off when she scores a 145 on one of the practice exams leading up to the gaokao. It’s high enough for her to be ranked third in the whole entire year.

Zhang Yuan runs into Director Qiu in the hallway. Director Qiu commends him on getting the highest score on the practice exam and says that all hopes are him to get the high score on the gaokao and get into Hua Qing.

While He Luo studies hard, Zhang Yuan seems distracted. He bikes to He Luo’s house and throws rocks again at an attempt to get her attention. Instead, her mother notices and closes the window. He Luo’s mom praises He Luo on her studiousness and tells her that she’s reserved a hotel room for her near the gaokao testing center.

Meanwhile, Zhang Yuan looks at the closed window and puts in his earphones. He listens to the English recordings that He Luo made earlier just so that he can hear her voice. 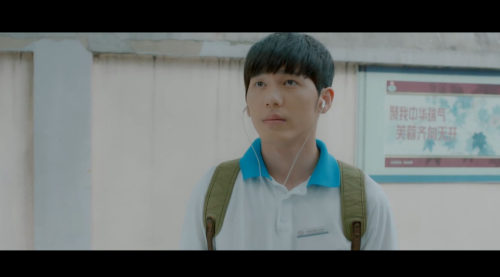 In an anime scene, Kino hides a dark mark on his arm before approaching Xia Er and telling her that he has to go away for a while. He leaves her with a magical dolphin as a parting gift before he disappears.

Uh I feel like I can totally see where this is going: the bittersweet anime scene ending is totally foreshadowing a separation between He Luo and Zhang Yuan. Right now, the show seems to be setting up He Luo as the hard worker who slowly climbs her way up into recognition, and Zhang Yuan as the effortlessly brilliant one who gets sidetracked and distracted. I think he’ll ultimately be blindsided when he doesn’t do well on the gaokao and He Luo will probably end up succeeding and making it into Hua Qing. It’s too classic of a set-up!