It’s been a long time since I’ve had time to watch dramas — I’m currently struggling through The Princess’ Man (the Korean drama starring Park Shi Hoo and Moon Chae Won) — but decided to take a break and try out some new Taiwanese/Chinese dramas. I landed on Suddenly This Summer (忽而今夏) and think I have found something worth watching!

I like how the Chinese title is a pun that could also be interpreted as “suddenly surprised” or “suddenly shocked” and it was definitely a pleasant surprise to watch the first episode of this drama. It gave me a great first impression and reminded me a lot of With You and other similar youthful, nostalgic, school-type dramas. It’s inevitable that I’ll be comparing this one to the others in future reviews!

The first episode opens with our male lead Zhang Yuan (Bai Yu) returning to his high school alma mater and nostalgically thinking about the day he first stepped onto the school grounds ten years ago. He wanders the school grounds, revisiting old haunts while flashing back to brief scenes of his high school life, which heavily feature our female lead He Luo (Bu Guan Jin). 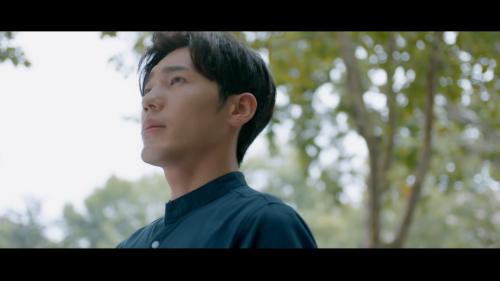 Then we fully return to the high school years, which officially introduces us to our female protagonist He Luo. We quickly find out that He Luo isn’t the brightest student in terms of math and science. She regularly ranks as the second-to-last student in her class and she actively tries to get out of her chemistry class. Her academic director, Director Qiu, has already marked her out as a troublemaker.

But despite her difficulty in technical classes, He Luo is pretty good at English. She visits a manga library after school (which is cutely named “Not a Book Store”), where the owner gives her a manga written in English to check out. She easily translates the title from English into Chinese.

On her bus ride home, He Luo notices a pickpocket beside her trying to steal from an elderly man sitting down on the bus. She subtly disrupts the pickpocket who starts trying to harass her. But a random guy shoves past the thief and stands protectively behind her, putting one of his earphones in her ear so it looks like they’re together. The thief leaves them alone and gets off at the next stop. The nice guy gets off too, with He Luo only catching a glimpse of his face. 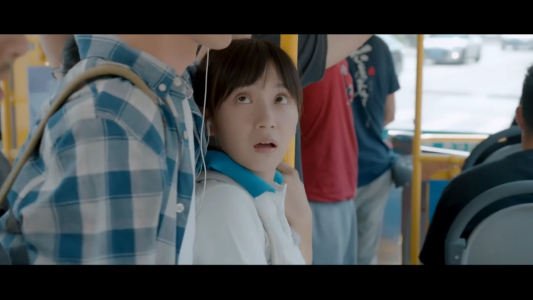 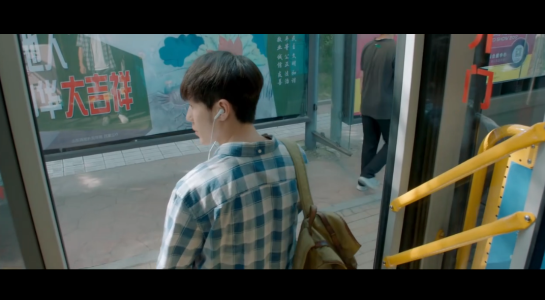 He Luo fantasizes about the guy while reading her manga and at school. (We get some anime scenes from the manga she’s reading, with the obvious implication that it parallels her life.) While reading her manga, she discovers a note from someone else who had borrowed the book, asking for help translating the English. She shrugs and starts writing down some translations, viewing it as a way of practicing her English.

The next day, her savior shows up in her class at school and she’s able to put a name to the face: Zhang Yuan. Zhang Yuan is a technically smart but aloof student. He Luo immediately recognizes him but he ignores her, brushing off their bus interaction as if it were nothing when He Luo asks him about it.

Zhao Cheng Jie (Fan Wen Qiang), one of He Luo’s best friends, gets roped into helping Chang Feng (Liu Lin), a class troublemaker and the worst student in their grade, cheat on the upcoming exams. But Cheng Jie is a pretty terrible hacker and the ruckus they make in the computer room wakes up Zhang Yuan, who was sleeping there. Chang Feng immediately recognizes Zhang Yuan as his “shifu” and begs him to help them hack the principal’s computer.

While they’re doing this, He Luo enters the computer lab while moving a large box. They coerce her into joining them as well and get her to be the one to plant an Ethernet device in the academic director’s office. Unfortunately, she gets caught. 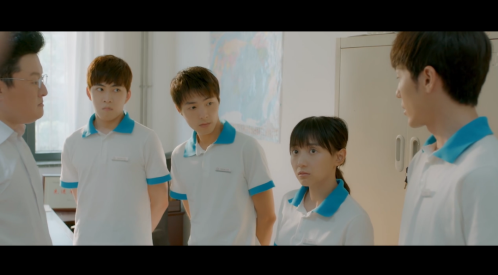 I’m getting so many good With You vibes from this! The character set-up is pretty classic, and I don’t love that the set-up always seems to be the girl being the bad student and the guy being effortlessly brilliant, but it’s all about how the show does it and I have some good impressions right now.

I am a sucker for cute youth romances and genuine-feeling friendships and I have a feeling we’re going to get a good dose of both from this show. The bus scene where He Luo and Zhang Yuan is such a classic storybook romance moment and I loved how cute it was! Also, after watching that scene again, I love how if you pay attention you can see Zhang Yuan in the background, watching with interest/concern. The first time around it seems like he just comes out of nowhere.

The pacing is quick, the episodes a fantastic 30 minute length, and the anime cut scenes are a nice touch. My expectations are pretty high right now and I’m excited to see what comes next!