This episode is all about He Luo proving herself — both to herself and to the people around her. The show continues to look promising with its look into the everyday lives of its characters and the setup of some potential romances.

A classmate eavesdropping at the door of Director Qiu’s office quickly spreads the news that He Luo wants to get into Hua Qing University. Everyone is quick to laugh and no one believes she can actually do it. Zhang Yuan says that maybe He Luo is the one person from their high school who can get into Hua Qing, but her best friend Li Yun Wei (Zhang Shu Wei) interprets this as him making fun of her and is quick to come to He Luo’s defense. She seems well-meaning, but a little bit demeaning when she says that getting into Hua Qing would be impossible for He Luo. Yun Wei starts picking a fight with Chang Feng, who is the one who got them into trouble in the first place, but Cheng Jie quickly gets between them and the boys leave.

He Luo wants to prove that she can get into Hua Qing, but the path to doing so is pretty difficult. She goes over the past admission scores for Hua Qing and laments at how dismal her own test results are compared to those scores.

At school, the students start picking their fields of study. He Luo decides she wants to study science — that’s the path to Hua Qing — but Director Qiu is quick to pick on her, reminding her that science is for the smartest students and that studying humanities would be more appropriate for a recruited athlete like her.

At home, He Luo makes a promise to Kino, the hero of the manga she’s reading, that if she scores ten points higher on her upcoming exams she’ll study science. And she makes that a commitment, studying day and night for her upcoming exams, even while training for her track team. Her friends try to point out how futile her efforts are: not only are the subjects difficult and points requirements high, but with her sports practices, she barely has any time to study. He Luo says that she just wants to see if she’s capable of doing it, which seems to make Zhang Yuan interested. 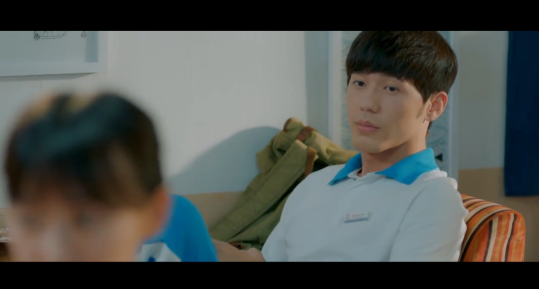 He Luo goes back to her “Summer Records” manga book at the manga library and sees a note from the same person as before, thanking her for her translations.

Meanwhile, we get a look into Yun Wei’s life. She lives with her elderly grandmother and they struggle to make ends meet. She goes out at night and tries to get hired as a tutor to make some extra money, but is unsuccessful. Chang Feng walks by and sees her and starts harassing her. He accidentally makes her drop her books and she picks them up angrily, then slaps him after she gets too fed up with his antics. He tries to apologize but she keeps ignoring him, until he offers to hire her as his personal tutor. She takes him up on his offer.

He Luo surprises everyone by scoring high on the exams, but Director Qiu call both her and Zhang Yuan out of the classroom. He refuses to believe that she scored so high on her own merit and insists that she must have cheated off of Zhang Yuan. Zhang Yuan proposes that they both retake a new test to prove that neither of them cheated. 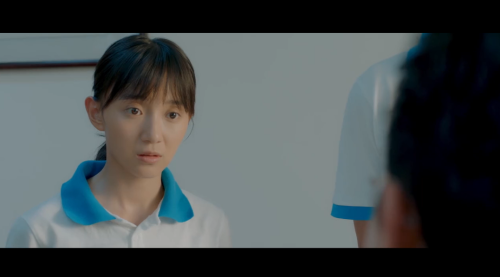 Zhang Yuan asks He Luo how she studied for the test. She responds that she memorized several pages of problems, which seems to shock (and possibly impress?) him. She admits that the hardest part of studying for the test was being repeatedly told by everyone else that she couldn’t do it. 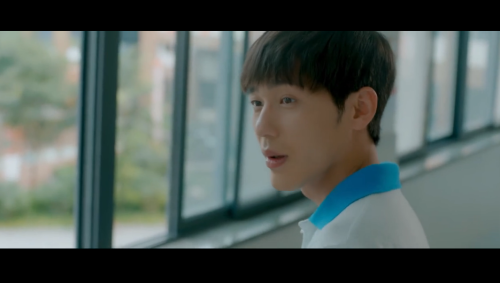 He Luo studies hard for the retest, sacrificing sleep and studying in her other classes. But the day of, Zhang Yuan chats Director Qiu up about participating in Chemistry Olympiad and ultimately convinces him to cancel the retest.

He Luo tries to hide from her track coach, but he finds her and tells her that it’s okay for her to quit the team. He encourages her to just keep her eyes forward and run towards her goal. 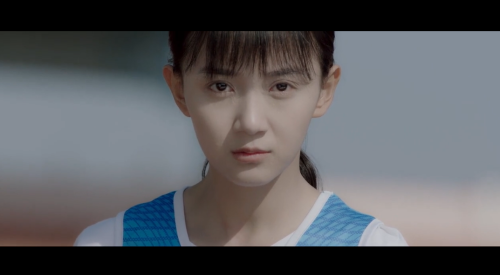 Major declaration day arrives and He Luo puts down science, but is shocked to find out that she’ll have to take another test just to get into the top science class. She goes back to studying day and night. When she gets stuck, she texts Yun Wei for help, but their schedules don’t align. Yun Wei suggests that she ask Zhang Yuan for help instead. “Him?!” He Luo exclaims aloud in response. She would never!

I continue to have good vibes about this drama! I really like how He Luo’s character is shaping up. She might not have started out as the best student, but she’s willing to work hard and ignore all the haters. The little scenes and interactions between her and Zhang Yuan are so clearly setting up a future romance, and it’s cute to see how he tries to remain aloof, but can’t help but take an interest in her.

I also like that we’re starting to learn about some of the other characters in He Luo’s friend group, like Yun Wei. I’m not loving how much Yun Wei doubts He Luo’s ability to make it in the science track, but I do have a bit more sympathy for her now that we get a glimpse into her home life. Also, her whole antagonistic relationship with Chang Feng just seems like a set-up for a future romance, does it not? Especially now that she’ll be tutoring him.