Zhang Yuan tries to see if he can cancel the purchase of his condo and get some money back, but his lawyer tells him the deposit is likely non-refundable. He’s hounded by former investors who want their money back and he goes into a downward spiral. 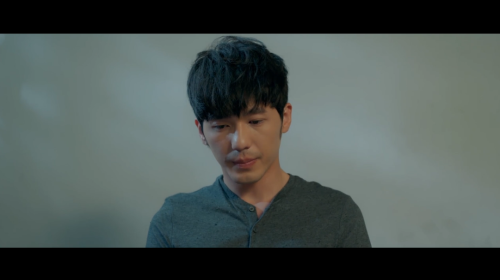 Cheng Jie asks him what he plans on doing, but Zhang Yuan doesn’t really have any answers. He warns Zhang Yuan, saying that there’s a boy at school pursuing He Luo. Zhang Yuan says he already knows, and that he thinks Feng Xiao is a good guy.

He Luo calls Zhang Yuan to talk about the future. She’s in a good mood, but he isn’t — he’s drinking at the waterfront. She admits cheerfully that she doesn’t know what she wants to do in the future but that she knows she wants to marry him and have a kid or two. He responds saying they should break up, then lies and says that nothing’s wrong, he’s just not the person she’s looking for, and that he never planned on going to Beijing for her.

He Luo spends her time wallowing in self-pity and reading her manga. Feng Xiao tries to visit her with some food but Ye Zhi warns him away, saying that He Luo really isn’t interested in him and he should just leave her be.

Later, He Luo meets up with Tian Xin and tells her that she plans on going to America for graduate school. She tries to stay positive, saying that she’ll be okay and will be able to forget him. Tian Xin holds up He Luo’s hand in front of them — her promise ring is still on her finger. He Luo tries to say she forgot it was there, and takes it off. Tian Xin admits that she never thought Zhang Yuan would treat He Luo that way, and starts crying out of heartbreak for He Luo. But then she tells He Luo that she has to go find Zhang Yuan one last time and find out exactly why he broke up with her. 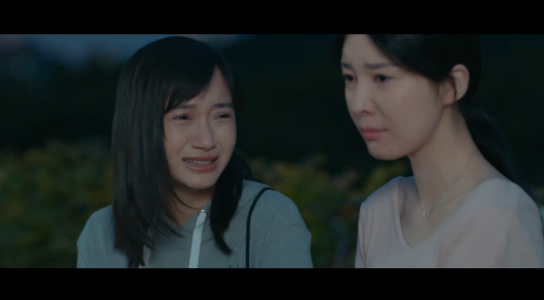 School is over, He Luo receives her acceptance letter from CalTech, and Feng Xiao sends her off from Beijing. He tries to tell her that there are people other than Zhang Yuan who care about her and that she should let them take care of her. But she doesn’t respond. He asks if he can hug her but she just looks at him and doesn’t respond, so he waves it off, saying it’s not like he won’t see her again.

Back in Haicheng, He Luo happens to run into the same taxi driver who drove her on one of her earlier trips back home. She’s picked up a Beijing accent, and he thinks that she isn’t even from Haicheng.

He Luo texts Zhang Yuan, asking to meet at the manga cafe. She waits for him, but he doesn’t show. She walks by their old high school haunts — the KFC where they studied, the arcade where they played video games — and goes back to the book store the next day to wait.

She goes by campus to try and find Wei Rui. Wei Rui admits she hasn’t heard from Zhang Yuan in a while, and that he must really trying to hide if even He Luo can’t find him. He Luo tells her that she’s leaving the country soon and asks Wei Rui to pass on the message if she sees him. 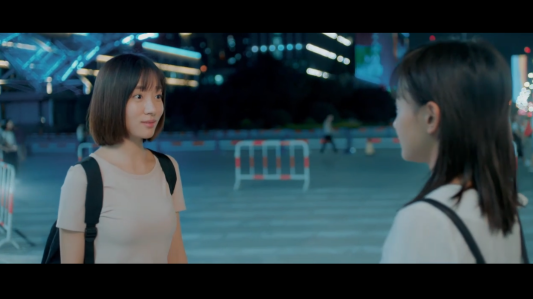 Wei Rui finds Zhang Yuan camped out in an old studio apartment (she tracked him via IP address). He’s been busy trying to complete their game, even though the idea was stolen by Le Yi. Wei Rui tells him that he should go tell He Luo the truth, then gets mad at him for wasting his time developing a game that was already stolen.

He Luo waits at the cafe another day until after closing time. She begs Brother Wang to let her stay just a few minutes longer. But then she receives a text from Zhang Yuan, scheduling a meeting for the next day.

They meet on their high school rooftop where Zhang Yuan congratulates He Luo on her success. She asks if he broke up with her because he was afraid of holding her back, but he says that has nothing to do with it. She tells him that like four years ago, she’s willing to stay back for him. But he tells her that she’ll just regret it and that she should go to America and find the kind of person she’s meant to be with. She insists that he’s the person she wants to be with, but he says that he’s changed.

She starts crying and saying that she likes him and that he’s not giving her real reasons for breaking up. Why can’t they be together? He tells her that his company and life have fallen apart, and that without her he’ll feel freer.

“What if I leave and never come back?” He Luo asks. She takes off her promise ring and puts it down. Zhang Yuan picks it up with a trembling hand, wishes her luck, and leaves. 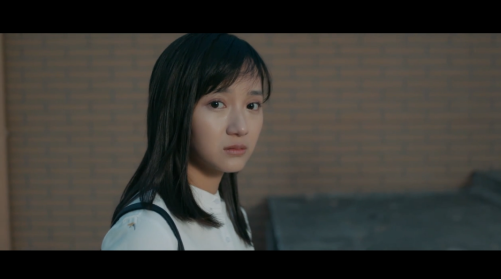 Wow this episode really escalated in terms of drama. When Zhang Yuan broke up with He Luo, all I could think was “WTF?! Way to be a cliche, Zhang Yuan.” But I think what saves this drama from becoming just another archetypal romantic drama is the acting. Both leads emote so well. It’s in the little things, like how Zhang Yuan’s leg twitches as he tries to deal with the emotion and anguish of breaking up with He Luo after hanging up on her.

Still, I hope that now He Luo finally has a chance to establish her independence. I kept hoping it would happen but Zhang Yuan keeps being wishy washy and getting back together with her, making her drop everything for him.