He Luo visits Tian Xin, who is drinking alone at a club owned by a friend while watching clips from the film she collaborated with Cheng Jie on. She tells He Luo that she never thought of Cheng Jie as more than a friend, yet still doesn’t like the thought of him marrying someone else. She notices that He Luo doesn’t look happy either. He Luo tells her about seeing Zhang Yuan hugging another girl on campus. Tian Xin guesses that He Luo’s love for Zhang Yuan is stronger than her love for Feng Xiao, but He Luo doesn’t respond and instead asks Tian Xin if she’ll go to Cheng Jie’s wedding. She says she’ll probably be busy.

Zhang Yuan sends He Luo a message, asking why she didn’t tell him she was staying in Beijing. Her response is brief, saying that she’s assisting a professor and doesn’t have a lot of time. But Zhang Yuan is persistent and suggests they have dinner with Chang Feng and Yun Wei when they visit Beijing in a few days.

Zhang Yuan goes to talk to Director Li about his impending resignation. He wants to fulfill his dream of making Summer Records into a video game, the first step of which is to travel to America to discuss licensing with the American publisher, but Director Li is reluctant to let him go and urges him to reconsider. 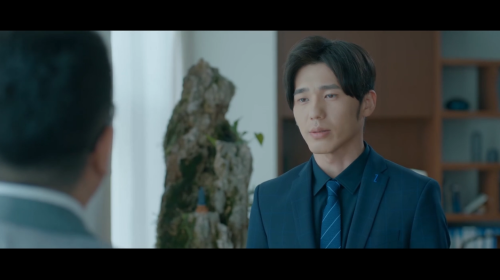 He Luo and Zhang Yuan wait in the lobby of Yun Wei and Chang Feng’s hotel. He notices her first and nervously goes over. Things are a little awkward, and he tries to make small talk. Fortunately, Yun Wei and Chang Feng show up not long after. They ask where Tian Xin is — He Luo says she has to work late. 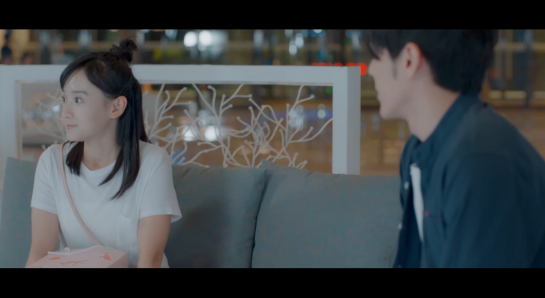 Tian Xin waits for Cheng Jie on a bench outside, drinking from a bottle of wine. He thinks she’s here to drive him to dinner with the other four, but instead she invites him to drink with her. They chat a little bit about their past. Cheng Jie tells Tian Xin that she’s matured. She makes him feel awkward by responding that being mature isn’t a good thing — no wonder he’s getting married to someone else.

Tian Xin asks to see a picture of Cheng Jie’s girlfriend. She compliments the warmth in her eyes, then tells him that she feels bad he wasted so much time on her. Cheng Jie tells her that she’s the person he’s the most thankful her: liking her made him a better person — it brought him to Beijing, got him interested in movies, and led him to his current career. This makes her cry, and she says that once he became a good person he stopped liking her — that must mean she’s not good enough. She drinks more wine and he takes the bottle away from her.

Cheng Jie tells her that she doesn’t need to feel bad anymore. He’s already realized that this whole time he had been in love with an idea of who he thought she was, not who she really was. “But why couldn’t I like you?” she asks. “Because I’ll always be your best friend,” he responds, echoing what she told him back in high school when she friend-zoned him.

Tian Xin doesn’t know why, but this time her heartbreak feels worse than all the other times she’s been heartbroken. She stands up and says that she has to go and that she wishes him the best.

Cheng Jie’s wedding day dawns and he bustles around the banquet nervously. He Luo shows up and tells him his bride is looking for him. He and some of his groomsmen rush off, leaving He Luo and Zhang Yuan alone.

They chat in a friendly way while He Luo sneaks bites of some of the food. She accidentally gets some on her face and Zhang Yuan instinctively moves to wipe it, then catches himself and gets her a napkin instead. He asks her how long she’ll be in Beijing and she starts to answer, but they’re interrupted by Zhang Yuan’s employee, Du Guo Guo, who is there helping her wedding planner friend. (I think this is the first time she’s been mentioned by name??)

He Luo helps Guo Guo with some of the wedding decorations and Guo Guo takes the opportunity to ask questions about Zhang Yuan. She lets slip that Zhang Yuan has two clocks in his office: one set to Beijing time, and one set to California time.

He Luo gets a video call from Feng Xiao who just won a scholarship and wants He Luo to accompany him to the award ceremony. It means she will have to cut short her stay in China. She agrees. But she sighs after hanging up.

Tian Xin shows up with a gift in hand. She greets Cheng Jie, then immediately gives his bride a hug, saying that she chose the right one and that Cheng Jie is one-of-a-kind. The high school friends all take a picture with Cheng Jie and his new wife. 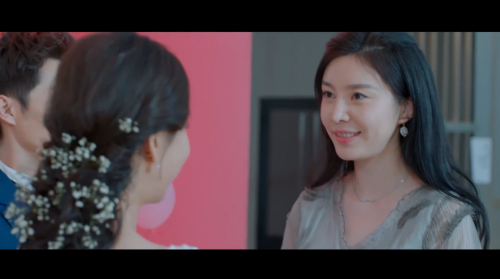 Guo Guo gets some documents from Zhang Yuan’s office and takes the opportunity to sneak a peek at the framed photo she noticed him looking at earlier. She recognizes He Luo, but then drops the photo and breaks the frame when Wei Rui catches her in the act.

Wei Rui scolds Guo Guo, who acts appropriately ashamed, but she’s too much of a gossip for her own good and starts musing about who He Luo is and what the story is between her and Zhang Yuan. Wei Rui looks down, perhaps uncomfortable hearing Guo Guo talk about how brilliant He Luo seems and how much Zhang Yuan must like her, which catches Guo Guo’s attention. She guesses that Wei Rui likes Zhang Yuan.

Wei Rui and Guo Guo are unable to find a replacement frame for Zhang Yuan, so they go to him with the truth. He doesn’t seem too upset about it and is at least good-spirited enough to pretend to threaten Guo Guo’s job.

Ye Zhi sends He Luo off her last day in Beijing. She tells He Luo that her face is an open book when it comes to Zhang Yuan and warns her that Feng Xiao’s the kind of person who will give her his blessing to be with Zhang Yuan the moment he suspects she still harbors feelings for him.

Wei Rui and Zhang Yuan get coffee. She asks him if he’s really going to let He Luo just leave without saying anything. She tells Zhang Yuan about the day that He Luo came to find her in Haicheng. It was then, looking into her eyes, that Wei Rui realized He Luo loved Zhang Yuan more than anyone else in the world. She says that she, more than anyone, wishes happiness for Zhang Yuan, but now knows that only He Luo can give him that happiness. “Go get her back,” she says.

Zhang Yuan grips her hand and thanks her, then takes off running. “I wish you the best,” Wei Rui whispers after he leaves.

Zhang Yuan rushes to Huaqing and then to the airport in pursuit of He Luo, but he’s too late. Meanwhile, Wei Rui cries at the office, finally acknowledging how much she likes Zhang Yuan, and why that means she had to push him away.

It fittingly starts thunderstorming as Zhang Yuan returns to his apartment, defeated.

This episode was really about our secondary characters more than our primary couple. Sure, Zhang Yuan finally made the decision to go after He Luo, but the pivotal moment was more about Wei Rui and her selflessness than it was about Zhang Yuan reaching a revelation.

Wei Rui and Feng Xiao are such angels. I don’t know how realistic it is that people like them exist. On the one hand, I appreciate how they seem like such full, realized humans. On the other hand, do I really believe that there are people in real life who would act as rationally and sincerely as they do??

Tian Xin and Cheng Jie were the other main focus of this episode and I’m really glad they were able to get that bittersweet resolution to their relationship. Their story partly feels like a warning for Zhang Yuan and He Luo, yet it’s also so different from what Zhang Yuan and He Luo have. It seems like both Tian Xin and Cheng Jie yearn to have that “true love” relationship that Zhang Yuan and He Luo had but both were so enamored by the idea of it which is why they kind of swam in circles around each other for years. Cheng Jie always had this image in his mind of who Tian Xin was, and Tian Xin worked so hard to try to avoid that because she knew she could never live up to that image.

I don’t see their nonexistent romance as a failed opportunity because I can relate to Tian Xin wanting to keep Cheng Jie as a friend and not wanting anything more than that. Her tears over Cheng Jie’s marriage came more out of fears that she would lose him as a friend, and fears that perhaps she was unlovable, than a real desire to actually be the one married to Cheng Jie. She didn’t necessarily want Cheng Jie’s constant confessions but the knowledge that he crushed on her was probably also something she felt she could depend and rely on. (Okay, I know I’m making Tian Xin sound really selfish, but she and her friends all acknowledge that about her, and I’m saying this all in the most sympathetic way!)

This episode was Wei Rui’s time to shine and show the depth of her devotion to Zhang Yuan — will next episode be Feng Xiao’s? (I think so.)