Zhang Yuan and Wei Rui meet with Director Zhu, a CEO who has experience working with American companies, and a few other executives. They invite him to drink, which seems like a regular hazing ritual within these circles. Zhang Yuan is reluctant, so Wei Rui steps up and offers to drink for him, not wanting them to lose this opportunity. Seeing this, Zhang Yuan says that he will drink. He chugs a full bottle of Maotai, then starts the next one, visibly shaken by the alcohol.

Wei Rui receives a text from Fu Peng about Director Zhu saying that Zhang Yuan should keep his distance from the man — he’s bros with Director Qiu (who double-crossed Zhang Yuan) and he was blacklisted by American companies after his last deal fell through. Unfortunately, it’s a little too late for that, and Wei Rui can only watch as Zhang Yuan pointlessly drains yet another bottle of baijiu. Director Zhu just smirks at seeing Zhang Yuan’s suffering. 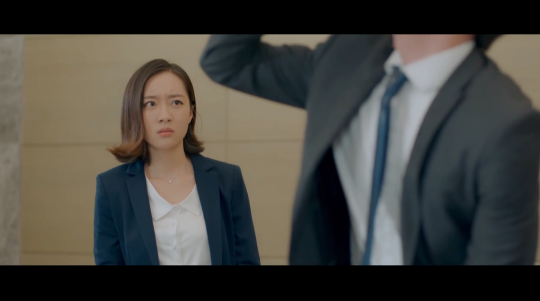 Afterward, Wei Rui tries to support Zhang Yuan as they stumble outside. He starts puking up blood and passes out. In his half-conscious state, Zhang Yuan sees images and memories of He Luo.

He Luo wakes up and leaves her room to see a full breakfast laid out and waiting for her, with Feng Xiao nowhere in sight. She listens to a voicemail on her phone from Feng Xiao, confessing that he was really touched by seeing an old American couple still so romantic with each other after decades of marriage and that he sees that in his own future (with her). He just wanted to let her know. Feng Xiao shows up in person and asks her if she heard his voicemail. She asks him to give her time.

A whole host of coworkers (primarily female) visit Zhang Yuan in the hospital. He seems to be in good spirits and jokes with them about work. During a nap, he dreams about the last time he was in a hospital and He Luo visited him. 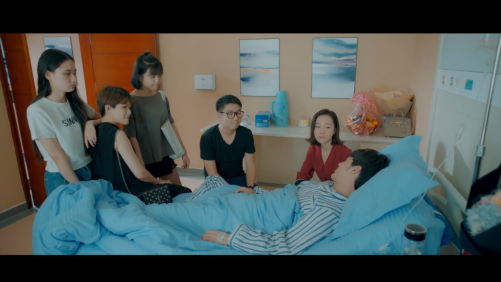 Zhang Yuan gets released from the hospital and returns to work. Wei Rui brings him some fish congee, the same that He Luo used to make for him. His assistant sees and teases him about having congee made with love.

He gets called into Director Li’s office and receives some good news: they’re in talks with an American company. A coworker notices that he seems unusually excited about being able to go to America, which makes things a little awkward with Wei Rui. They both know why he’s so eager to go to America. 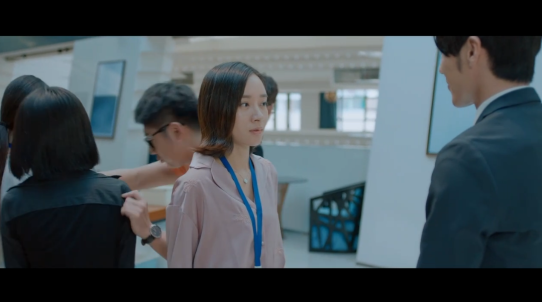 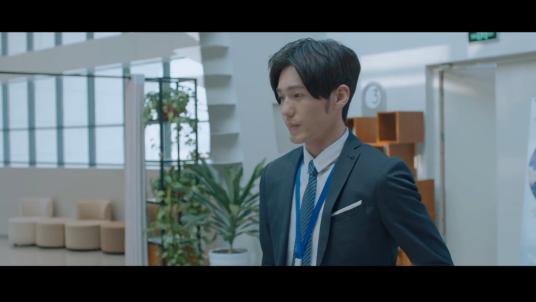 He’s browsing the news at work one day when he sees an article about Summer Records getting turned into a movie. He starts drafting an email to He Luo, then pauses. Wei Rui walks in and asks if he’s still busy with work. He tells her about seeing the news article, then feels compelled to tell her that his motivation for going to America is purely work-related. She nods, but asks if he really hasn’t talked to He Luo since a year ago. He doesn’t respond.

Wei Rui heads out. After she leaves, Zhang Yuan hits “send” on the email.

He Luo video chats with her mother while browsing the web and happens to be reading an article about Summer Records turning into a movie when she gets an email notification. She opens it, almost not believing it’s from Zhang Yuan, then scoffs when she sees the link he sent, since she’s already seen the news herself. 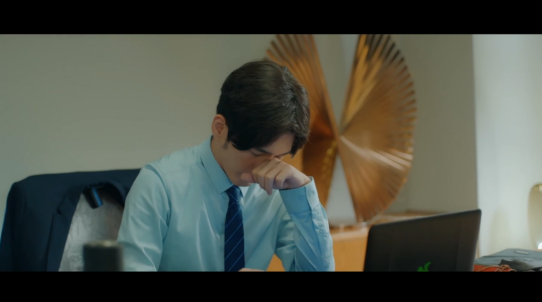 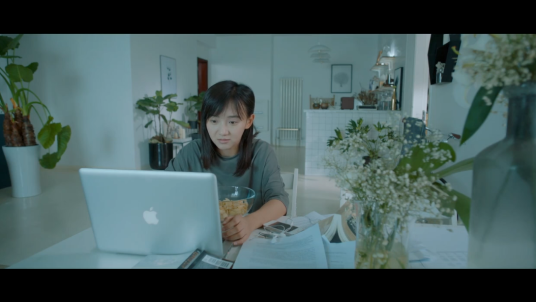 Zhang Yuan works on renovating the apartment he bought for He Luo, then meets up with Cheng Jie. He tells him about going to America, and Cheng Jie’s first question is if he’s going to see He Luo — or even tell her about his trip. Cheng Jie passionately tells Zhang Yuan that now is the time to go get He Luo back. He has a solid career now and there should be nothing holding him back. Cheng Jie feels strongly that he and He Luo are meant to be.

He Luo video chats with Ye Zhi, who asks her about Feng Xiao, but He Luo doesn’t want to talk about him in romantic terms. He Luo asks about the bird flu epidemic that’s hitting China, and wants to make sure she’s okay. Ye Zhi says it’s not a big deal and that she’s been wearing a face mask everywhere. Later, He Luo and Feng Xiao go hang out at the waterfront.

Wei Rui starts coughing at work, which Zhang Yuan notices. He insists on taking her to the hospital to be careful, given the bird flu that’s going around. After her appointment, she tries to mess with him by acting sad and pretending she has the flu, but he doesn’t fall for it. Still, he doesn’t let her go back to work and tells her to take care of herself. They run into Cheng Jie, who comments on how Wei Rui is so lucky to have her manager personally take her to the hospital.

He Luo video chats with Yun Wei to check in on how she’s doing. Yun Wei smoothly sneaks in a comment about sending a face mask to Zhang Yuan, successfully getting He Luo to ask how Zhang Yuan is doing. He Luo and Zhang Yuan still refuse to speak to each other, but have been using Yun Wei as an intermediary to find out how the other is doing.

Zhang Yuan receives the face mask from Yun Wei and calls to thank her. Yun Wei gives credit to He Luo, since she was the one who first sent the masks over from America. This gets Zhang Yuan to ask how He Luo is doing. Yun Wei asks Zhang Yuan about his upcoming trip to America, but he says that he might have to postpone it.

Director Li calls Zhang Yuan into his office to say that they will have to postpone the America trip indefinitely. Zhang Yuan is disappointed, but Director Li tells him to be mindful of the current times: Wei Rui is ill and if more members of their team get sick, that’ll put them in a bad position. 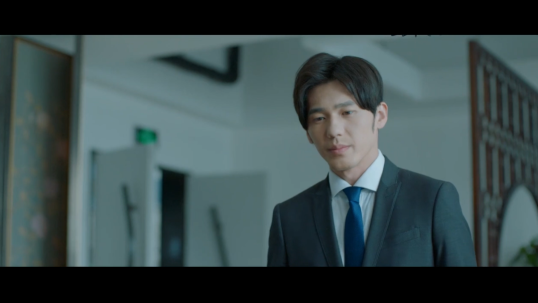 The second leads are stepping up this episode! I respect Wei Rui for stepping forward and offering to drink for Zhang Yuan, which seems especially gutsy as a woman in a very male-dominated environment. I wish she had a chance to show off her drinking skills, or at least force Zhang Yuan to take care of her instead of the other way around, but I guess his bravado in volunteering to drink in the end kind of accomplished that, even though it was a pretty foolish decision.

Also Feng Xiao, what a respectable, wholesome guy. Waiting until He Luo’s been single for a year to make real moves on her, but not pressuring her either, just being honest and open. And I like that He Luo is trying to be honest with him too, while still giving him somewhat of a chance. I don’t think she’s leading him on, because I think she also recognizes that maybe she should move on from Zhang Yuan, despite all her lingering feelings, and I think it’s good that she’s giving herself that chance.

Normally I don’t like it when drama/misunderstandings get prolonged for too long, but I’m really liking the break-up dynamic between He Luo and Zhang Yuan right now. It seems weird to say it, but I feel like the course of their relationship and break up is taking a very natural, reasonable progression (as all relationships have in this show.) They’ve been apart for long enough and changed enough individually that most of their hard, bitter feelings should have melted away. It’s healthy, but I also like that not everything is smooth sailing for Zhang Yuan in terms of getting He Luo back. He needs to do more than send a random email and use Yun Wei as a proxy. I love that He Luo’s friends are pushing toward Feng Xiao while Zhang Yuan’s friends are pushing him to make things right with He Luo.